Before I rip into their ignorance, however, let's briefly examine the ignorance that threatens to destroy a cartoonist for the New York Post, and then I'll tie it all back to Mancow and Cassidy.

Many people are wrongly assuming that cartoonist Sean Delonas had racist intentions with his now infamous cartoon that shows two cops standing over a dead chimpanzee, as we noted here yesterday.

In the cartoon, one cop says to the other, "They'll have to find someone else to write the next stimulus bill." People rushed to judgement and assumed that the chimpanzee represented Barack Obama, because those idiots wrongly think that Obama wrote the stimulus bill. He did not.

Facts did not stop Mancow Muller and Pat Cassidy from perpetuating the ignorant slurs against Delonas this morning on WLS 890 AM, a station that used to be good but has lately lost its way. Mancow & Cassidy is a still-new morning show from 10-12, M-F.

Mancow had a sidekick named "Turd" for years on another radio station. Cassidy seems to be a good heir to "Turd." He should be called "Crap." It must be said, however, that Turd was funnier. And smarter.

Barack Obama is NOT the author of the stimulus bill. The primary author is Rep. David Obey (D-WI), a white dude. Obey did not write it alone, but with input from many other people.

Did Obama help to tweak it a bit? Maybe, but he's not credited as the author. Bottom line: millions of idiots (including Mancow Muller and Pat "Turd 2.0" Cassidy) are saying that the cartoon is racist. Cassidy, Muller's lackluster sidekick on "Mancow & Cassidy," said this morning on the air that the chimpanzee was obviously supposed to be Barack Obama, and that depicting the killing of the president is illegal. Cassidy is an idiot. (See "The Left's Shameful Slurring Of Monkey Cartoonist")

Cassidy and Mancow, like millions of others, are just plain wrong. There was nothing "obvious" about the cartoon. If "Turd" Cassidy, a former news head at WBBM 780 AM, would pick up a newspaper now, and then he would know that Barack Obama did not write the stimulus bill. Did Cassidy imagine the word "Obama" on the cartoon chimp? Did Cassidy hallucinate that the cartoon cops said anything about Obama? Effing moron.

So, the race-baiting Left - and other ignorant morons like Mancow and Cassidy - are accusing a cartoonist of racism for completely invalid reasons. 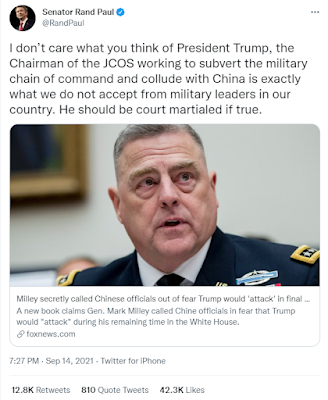