Joe Moore Not Even a Good Liar 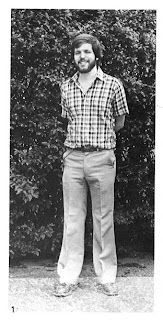 He whined and moaned on radio and TV, and in the papers. For example, this quote: "The rules of the City Council were completely ignored." So says Moore in an interview at the Chicago Readers' Clout City.

The rules were broken, was Moore's line. But Moore contradicts himself on his own web site, in his own report about that City Council meeting. Here's what Moore himself wrote [emphasis mine]:

"Alderman Tunney never asked for a hearing on his repeal ordinance, even though the committee chair indicated he was willing to hold such a hearing, and none was ever held. Then yesterday in a surprise manuever, Alderman Tunney invoked a seldom used state law that permits an Alderman to move to "discharge" a matter from committee without a public hearing." [Source] (Full report reproduced below.)

So which is it? Cry Baby Joe says the rules "completely ignored," as he has been whining, or were the rules followed by means of a state law that allows exactly what happened to happen? Good Lord, no wonder Joe Moore is not practicing law anymore.

Recent City Council meetings have been rather unremarkable, and so I generally wait a few days, or even a few weeks, before I issue you a report on the goings-on at Council. Last Wednesday's meeting was an exception, however, and the events that unfolded should be of profound concern to those who believe in good and open government.

Perhaps you saw the TV coverage or read in the newspaper that Mayor Daley and one of his City Council allies rushed through a repeal of the ban on the sale of foie gras in Chicago's restaurants with no public input and no City Council debate. You may have supported the ban as an important statement against egregious animal cruelty, or foie gras may be one of your favorite foods--but in either case, I hope you are as troubled as I am about the sad state of democracy in Chicago's City Council.

How should the legislative process work? Laws to be passed (or repealed) move through committee hearings first before progressing to the Council floor for a vote. The committee hearings are where the voices of average citizens can be heard. Anyone can testify on any piece of legislation.

The committee hearings also provide aldermen with a opportunity to learn more about proposed legislation, to debate among themselves, and to amend the legislation as result of the public input and debate. Then at the Council meeting itself, there is another chance for debate before the matter is brought to a vote.

The initial foie gras ban was passed only after a great deal of public input and discussion among the aldermen. But not so in this case. Instead, 44th Ward Alderman Tom Tunney last year introduced an ordinance repealing the foie gras ban. He did so at the behest of the Illinois Restaurant Association, an organization he once chaired. The measure was sent to the City Council Rules Committee, where it sat for over a year.

Alderman Tunney never asked for a hearing on his repeal ordinance, even though the committee chair indicated he was willing to hold such a hearing, and none was ever held. Then yesterday in a surprise manuever, Alderman Tunney invoked a seldom used state law that permits an Alderman to move to "discharge" a matter from committee without a public hearing.

I attempted first to argue that we should hold the matter in committee for a public hearing, but the Mayor, who chairs the City Council meeting, ruled me out of order, without citing any legal authority for that ruling. I then demanded to be recognized so that I could debate the issue of the repeal, and the Mayor, in complete violation of City Council rules, simply chose to ignore me and demanded that the clerk proceed immediately to a roll call vote.

The entire incident was reminiscent of City Council meetings 40 years ago, when the Mayor's father, Richard J. Daley, would turn off the microphones of dissenting aldermen. I was also disappointed in my fellow aldermen, who with a few notable exceptions, sat passively as the Mayor short-circuited the democratic process.

If this is the City Council of the future, we're all in trouble. From the Children's Museum to new property taxes to TIF's, is this how future legislative decisions are going to be determined with no public input and no debate? Let us commit ourseves to a more decent, democratic vision.

Aside from the personal attacks and the distraction of the repeal, some City Council business was actually accomplished. For example, the Council passed an ordinance requiring the recycling of plastic shopping bags, which will go into effect in six months. The ordinance copied parts of a New York City law, but the final version fell short of its model.

In New York City, all stores larger than 5,000 square fee or part of a chain must set our bins for recycling and report on the results. But in Chicago, the ordinance is limited to grocery and drug stores, no matter the size.

The result? Any little corner grocery will have to find a way to recycle bags, while some of Chicago's largest stores, from Office Depot to Best Buy to Macy's, will be of the hook. I'm not only concerned about the loss of plastic bag recycling from the larger stores, but the extra burden this legislation will place on all the little groceries and bakeries in the 49th Ward and elsewhere.

Will the City seriously address the important issues of educating the public and store owners about the plastic bag recycling and oversight? There's no qestion that disposable plastic bags waste natural resources (like petroleum) and create ugly litter, but Chicago's ordinance is not necessarily the most effective solution. And unfortunately, other approaches, such as plastic bag bans, were not even considered.

I reluctantly voted in favor, but will revist the ordinance and monitor its results as the law becomes operational.

The City Council will next meet on Wednesday, June 11th, when it is likely that the Council will consider the Mayor's proposal to move the Children's Museum to Grant Park. Just another boring meeting, I'm sure!

I will report on the results.